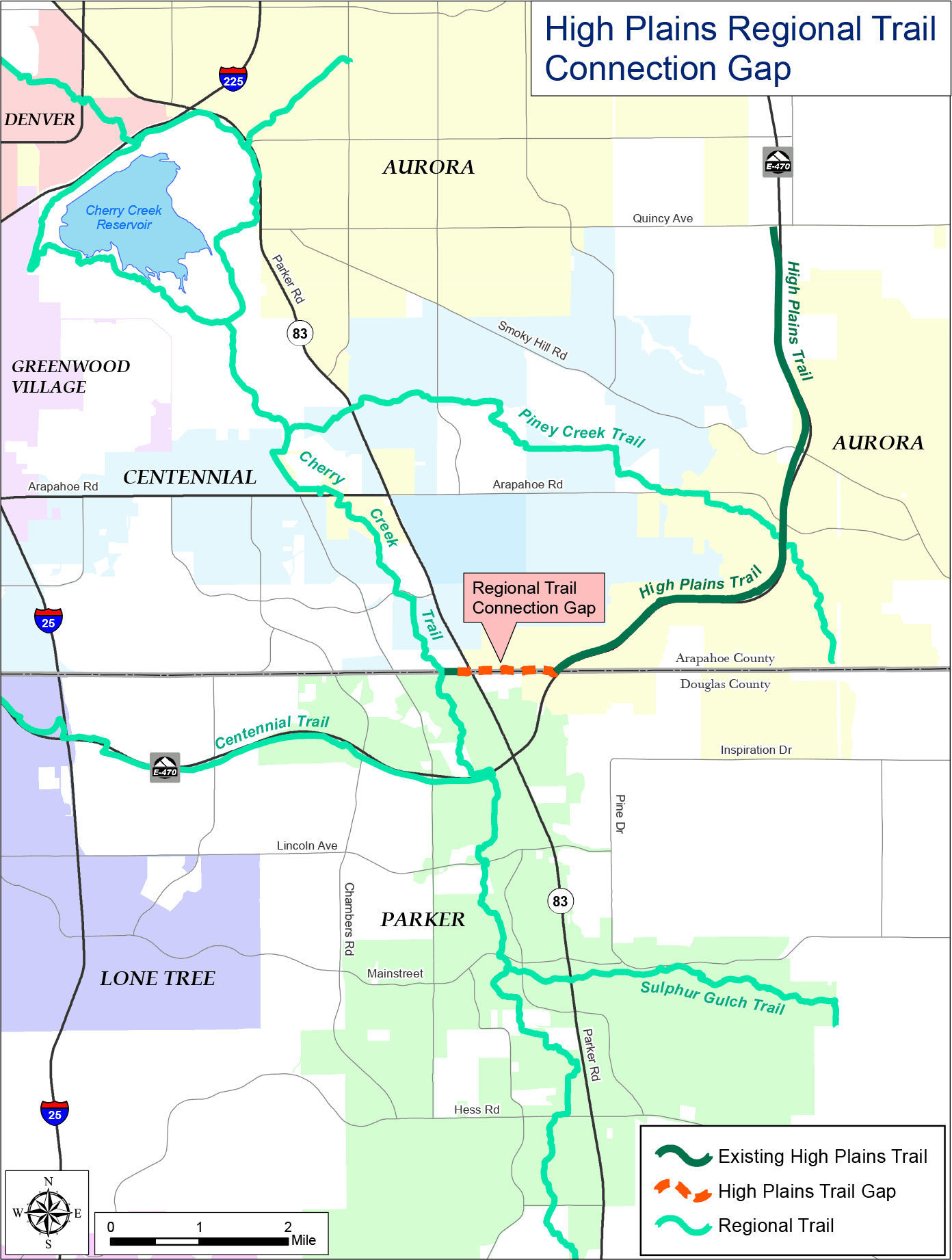 The middle section of the High Plains Trail is now open from Quebec to south of Ireland Way in Arapahoe County. The E-470 Public Highway Authority funded the 5.5 mile section as part of the widening project of the highway. This trail is planned to ultimately continue to the north adjacent to E-470 as their widening projects continue in the future.

The trail is also planned to continue due west, separating from the E-470 corridor and crossing through the future Kings Point development in Aurora, including a grade separated overcrossing of Parker Road. Once the trail crosses over Parker Road, it will connect with the existing Cherry Creek Trail, where trail users can head north on the Cherry Creek Trail or head south and connect with the existing Centennial Trail (aka E-470 Trail) within Parker to continue west. This alignment will ultimately provide a much safer crossing of Parker Road than an at-grade crossing near Cottonwood Drive to the south. 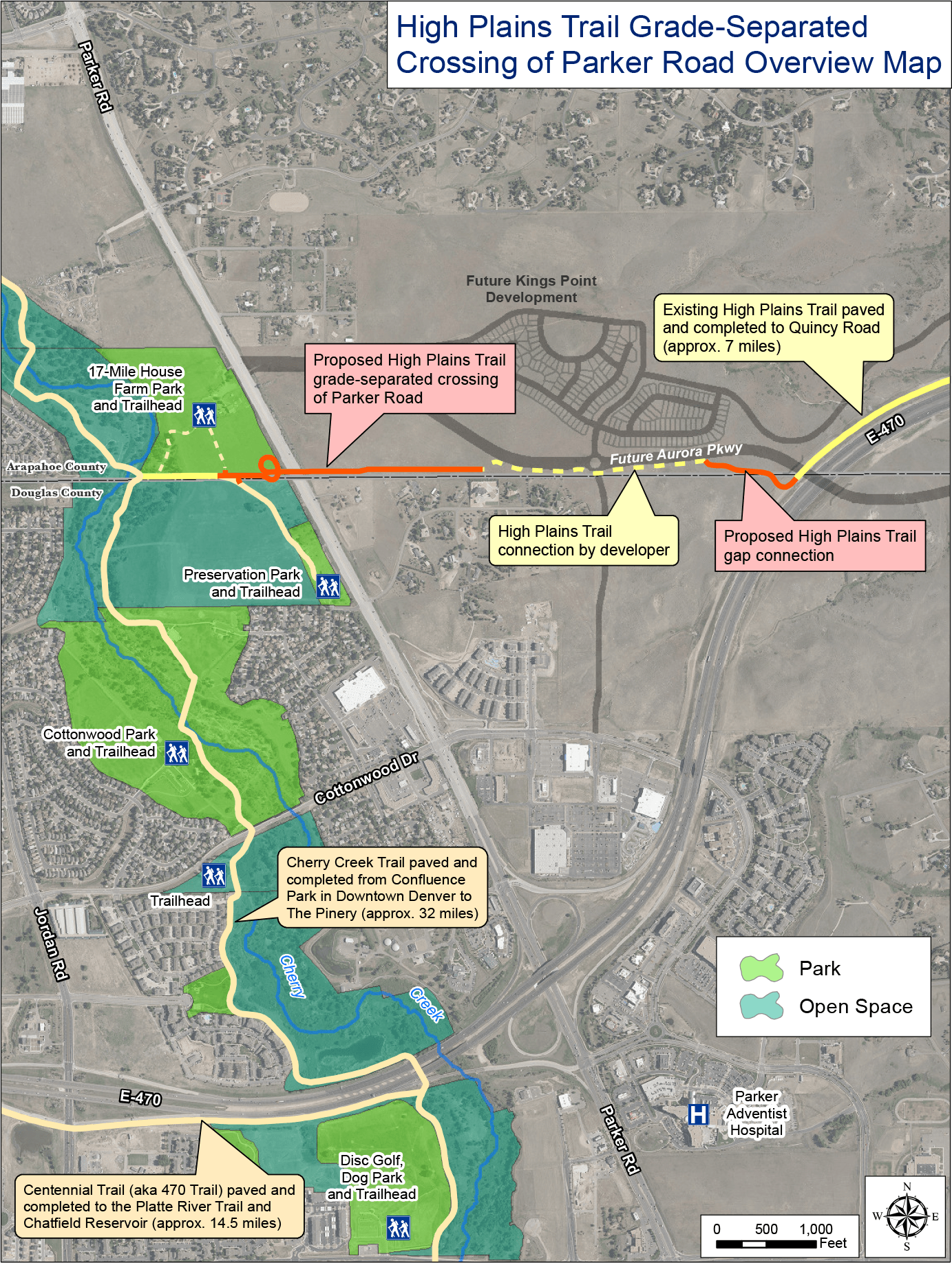 All of the connections are now open.

Funding for the next phase of this trail connection project, including the Parker Road overpass, is provided by Arapahoe County, Town of Parker, City of Aurora, City of Centennial, Douglas County, and E-470 Public Highway Authority. The partner group has also secured funding from Denver Regional Council of Governments (DRCOG) and a grant from Great Outdoors Colorado (GOCO).