Road and Bridge crews work diligently to remove ice buildup on a priority basis. Generally, ice builds up on the south or shaded side of the streets. Other homes, large trees, commercial buildings and cars parked on the roadway can restrict sunlight during the daytime hours and prevent ice from melting.

Living in Colorado during the winter months can often pose a nuisance and inconvenience to some residents. One of these is the ice and snow that collects and builds up on roads, driveways and sidewalks. Typically the snow and ice will melt during the day and then refreeze at night. When additional snow falls, the result may be layers and layers of thin ice. Melting and evaporation generally occurs very slowly particularly in the shade. Huge sheets of ice can remain on the streets, gutters and sidewalks for many weeks or even months.

Often times it is not feasible or a prudent use of taxpayer dollars for Road and Bridge crews to respond to all requests for ice removal. It is an expensive operation that often requires a motor-grader, a loader, a snowplow, a dump truck and barricades and/or flagging personnel.

Although our employees are highly skilled and trained equipment operators, even the very best cannot help but leave scarred concrete behind after all the ice is scraped up. Removing ice can also be very hard on equipment and can cause premature wear and possible damage, leading to costly repairs. As an alternative to scraping ice, sometimes ice buildup may be treated with de-icing materials to help promote melting.

Road and Bridge staff will address requests to remove ice on a priority basis and may not respond to every request based on manpower and budget limitations.

What Can I Do to Help Alleviate My Ice Problem?

Clear your driveway and sidewalk as soon after the storm as possible, but after the plow operator has finished clearing the road from curb to curb (if you are on a snow route where the road is generally plowed). Keep in mind that snowplows will often make just one pass to get the road open and passable for motorists and then come back later to clear the entire street. Our operators are instructed not to cover sidewalks with snow although driveway entrances will often be filled with a windrow of snow.

Remove snow at the very end of your driveway at least 6 feet beyond each edge of the driveway and even into the street. This way, when the plow comes by, snow can be piled in this storage area and minimize the snow that gets left behind in front of your driveway. (See diagram below).

Keep large trees and shrubs adequately trimmed so their shadow is not cast into the street or where ice and snow usually accumulate. If you are planting new landscaping or making other improvements on your property keep in mind the potential of it to shade the southern side of the street and creating an icing problem.

If you park your vehicles in the street, ice may not have a chance to melt where it has been parked. Move your vehicles periodically into the sun or non-shaded part of the street. Property owners will often ask Road and Bridge crews to plow snow to the north or opposite sides of the street. While this may make sense in some instances, this technique will generally just create problems for other residents.

Road and Bridge crews clear over 1400 lanes miles of roadways during a snowstorm with limited resources. As such, these special requests will only be considered on a case-by-case basis.

Shovel or snow-blow the snow into your yard or behind the sidewalk. Never place this snow in the gutter or street. It will only melt and refreeze in front of your house or your neighbors’. Direct any questions or requests for service by calling directly to Arapahoe County Road and Bridge Division. (720) 874-ROAD (720) 874-7623. 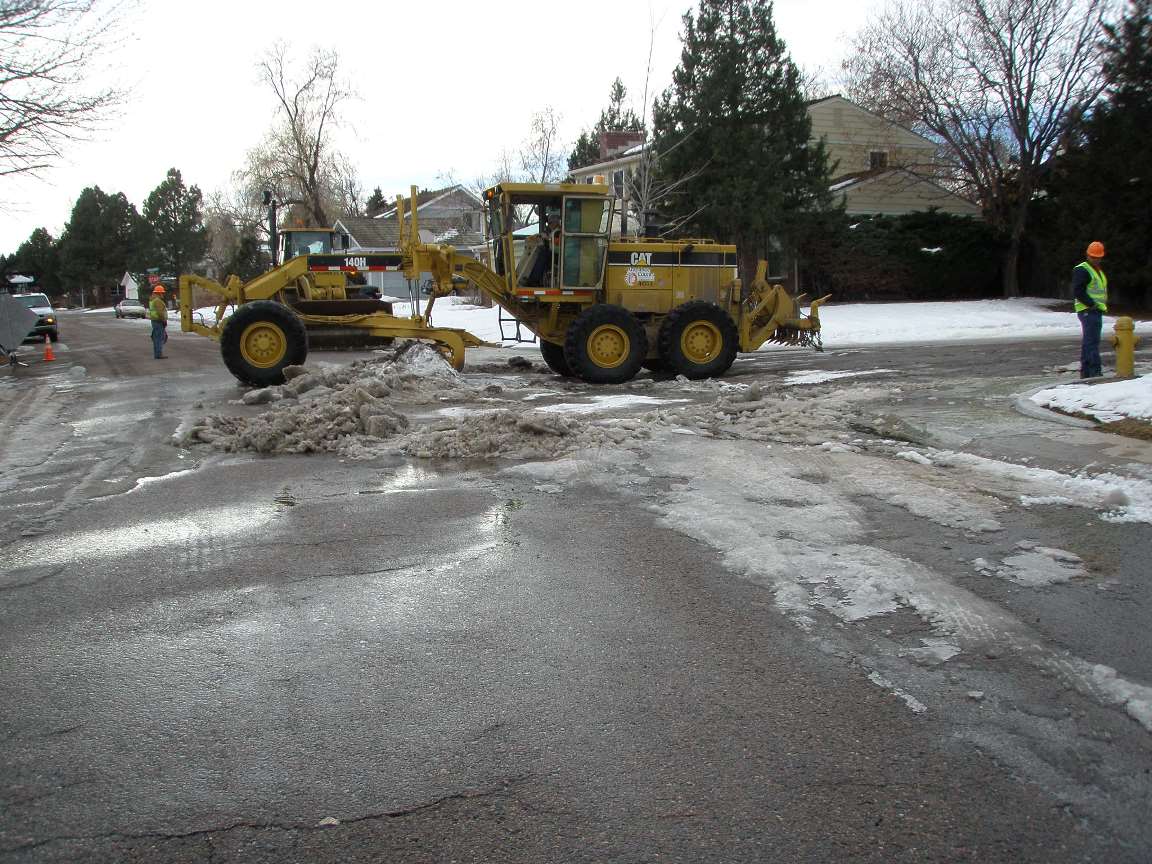 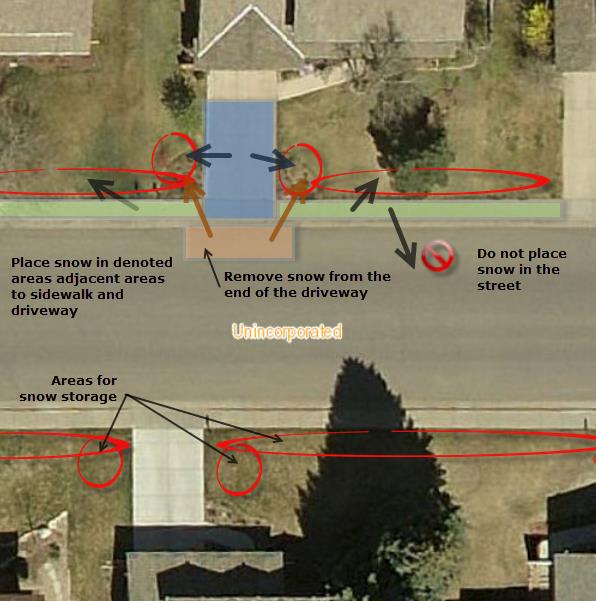