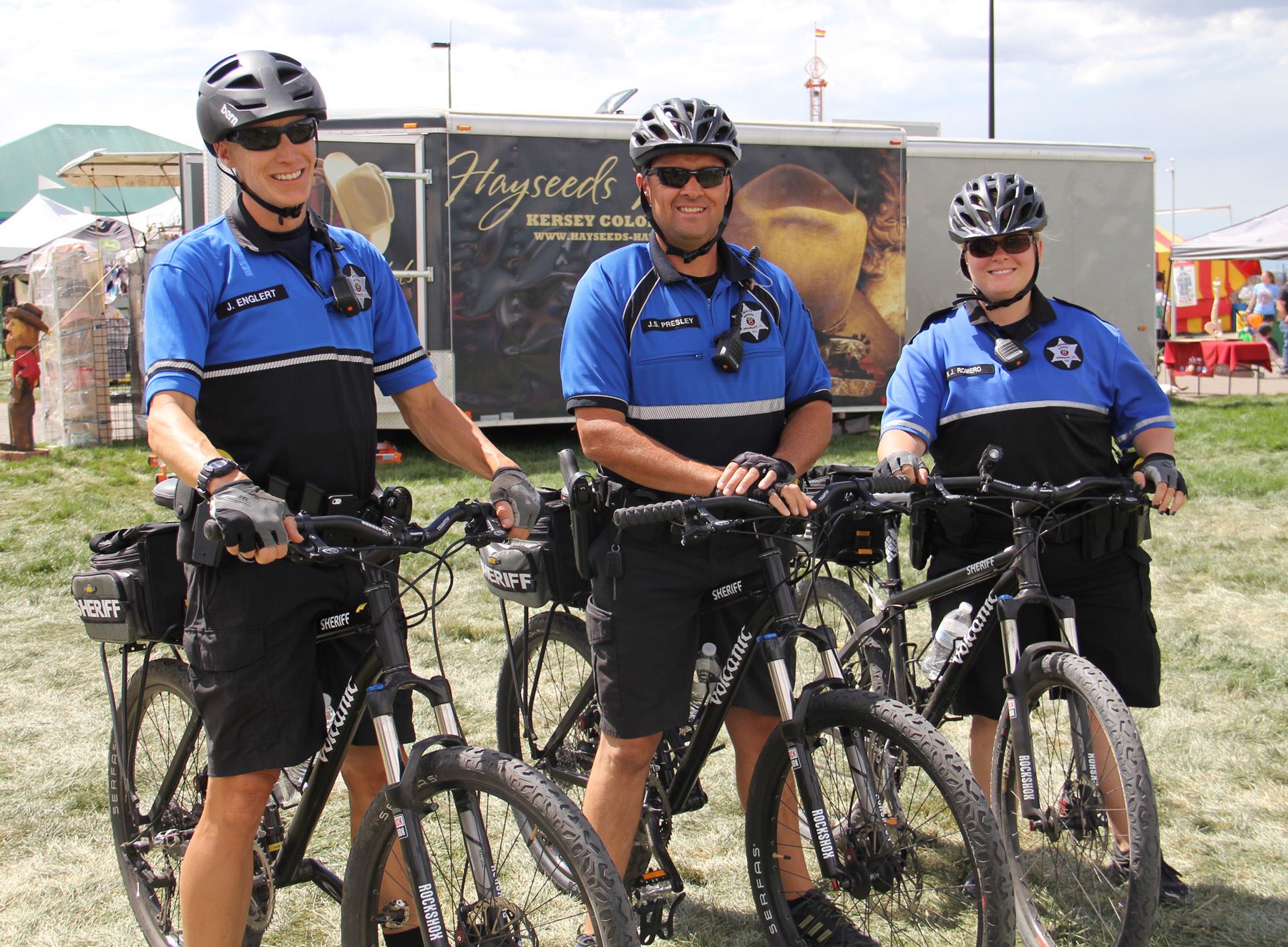 The Patrol Services Section Bicycle Team program began in 1994. In 2005, the responsibility for bicycle patrol was incorporated into the duties of the School Resource Unit. During the school year, School Resource Officers on bikes can patrol surrounding neighborhoods and shopping centers where youth are known to congregate. During the summer months, they are reassigned to supplement Patrol deployed throughout Arapahoe County, primarily on the many miles of trails, parks, open space, greenbelts and bike paths. School Resource Officers make many positive citizen contacts while on bike patrol. Virtually every citizens encountered on the trails are supportive of this innovative approach to community policing.

At the start of selected shifts when weather permits, School Resource Officers place their mountain bikes onto bike racks on their assigned patrol cars. The Bike Team is sometimes used in an enforcement mode to assist with patrolling high crime areas. Many criminals have been captured due to the bikes undetected response to crimes in progress. Since its inception, the Arapahoe County Sheriff's Office Bicycle Team members have made countless misdemeanor and felony arrests and have issued numerous citations.